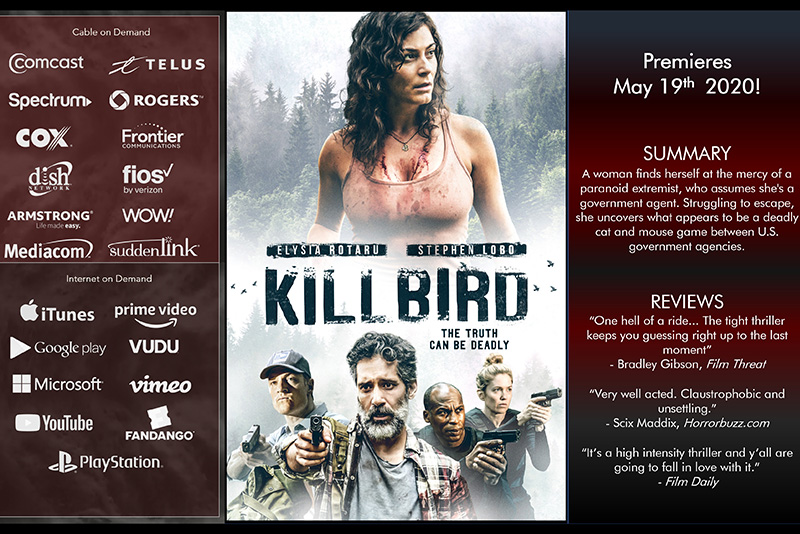 Killbird is now available in the USA and Canada on Video On Demand to rent or buy as well as on HD Blu-Ray / DVD.

In search of help on a birdwatching trip gone wrong, Taylor Crane (Elysia Rotaru) comes across a remote cabin where she meets Riad Bishara (Stephen Lobo), a recluse supposedly on the run from the CIA. Paranoid and seemingly unstable, Riad concludes that Taylor is a government agent and holds her captive. As she struggles to escape, Taylor comes across a prisoner in the cabin and uncovers what appears to be a deadly cat and mouse game between U.S. government agencies. Likewise, Riad learns that she may indeed be working against him as a CIA plant. Their lives depend on uncovering the truth about each other before it’s too late.