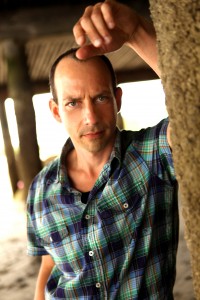 A bit of a delayed announcement here but I am also very proud to welcome Rob Carpenter to the film as a producer!  He’s been working on Pneuma with me for some weeks already but better late than never!  His bio follows:

An alumni of University of British Columbia for screenwriting and a fourteen year timeline producing independent films for the global film market.

As a Producer, a collection of five indie feature films on the global market with independent film company C6 films lends an above average result for a small ‘off the radar’ studio in the current industry climate.

With continued and constant activity in the film community, 2012 began by seeing Rob as one of the Board of Director with Shivers Film Society. A much needed film society that embraces and celebrates Genre & Cult status films from Canada and world cinema.

As per world cinema, Rob is Producer for the European film division Bravidio Giallo (http://giallo.ca). GLASS is a Feature production set for late 2015. Bringing the Cast and much of the Team from the award winning DIRTY BILL OF HEALTH into the production.

With a continued festival run well into 2015, Dirty Bill Of Health has been received by 25 festival screens to date collecting Awards for Best film and a few best actor wins for Casey Manderson.

Additionally, A healthy and continued acting career over the past 10 years. March 17th (2015) will see the launch of iZOMBIE on the CW network where Rob recurs as a mysterious man. Other TV Series Appearances include Rogue, The Killing and Psych. Feature films include Date and Switch, Hardwired and The Hard Cut.

In closing, Random Dude Films (http://randomdudefilms.com) is a new venture for Rob taking on writing, directing and producing his own original work.