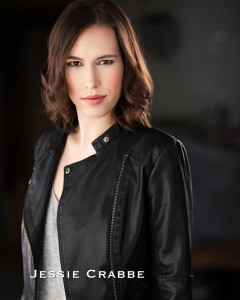 Very excited to announce today that Jessie Crabbe has been cast in Pneuma! She will play the role of Melissa Hale. I’m confident her passion and energy will translate to an impactful performance as Jonathan’s wife. Her bio follows:

Growing up in the suburbs of Vancouver, Jessie’s endeavors into the performing arts began in her high school drama class, which led to dance, musical theatre and school plays. After graduation, she enrolled in the Douglas College Theatre and Performing Arts program. Hungry for more training, Jessie furthered her education with other acting teachers in the city before spending a year abroad to earn her BA in Acting at the University of Wales.

After completing her degree and travelling, Jessie returned home and transitioned into film and television training with Aaron Craven, Jeb Beach and various Vancouver casting directors.

Jessie’s theatre credits include: A Midsummer Night’s Dream (Douglas College), The Oresteia (University of Wales), and Twelfth Night (Beach House Theatre), reflecting her love for classic text. She is passionate about both theatre and film, striving for a career that fulfills both mediums.